“There they will tell her what is wrong with her!”

For the last five years Doña Francisca – now 71 years old – has been suffering from constant headaches.  The Quechua-Indian who lives in Cusco asked one doctor after the other for help and spent lots of money in the process of trying to alleviate her sufferings.  But no one could help her.  Since her daughter lives in Lima she went there seeking help, but apart from bills and expenditures nothing much changed.  She listened to all possible opinions and recommendations, but her torturing pains continued.

One of her daughter’s friends then said: “Bring your mother to the Hospital Diospi Suyana.  There they will tell her what is wrong with her!“

If one is utterly despairing one grasps at any straw and explores all possibilities.  On Friday Doña Francisca accompanied by her daughter was looked at by Dr Martina John.

After a thorough medical check the missionary doctor performed a CT of the head and an x-ray of the thorax.  She immediately found the diagnoses.

Francisca was suffering from a neuro-cysticercosis, an illness caused by pork tapeworms.  It is the most common parasitic disease of the human brain and is fairly common in South America.  The tapeworm’s eggs are the culprit.  Travelling through the bloodstream they infest all possible human organs and cause cysts and calcifications.  See the above CT with the red circle in the right temporal lobe.  Once the head is affected the most common symptoms are severe headaches and seizures.

The x-ray showed a clear distortion of the thoracic spine – this can also cause headaches.

While the missionary doctor was explaining the diagnostic results to the two women the daughter started to cry: “After five years we finally know why Mummy has these wretched headaches,” and continued, “it is just as I was told: ‘At Diospi Suyana your mother will be told what is wrong with her!’” 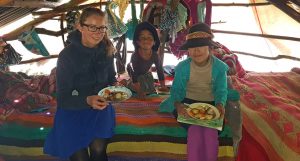 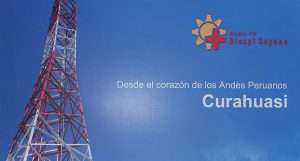 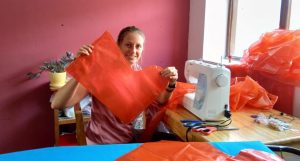 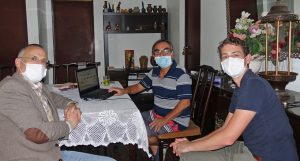 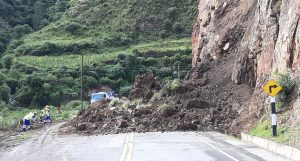