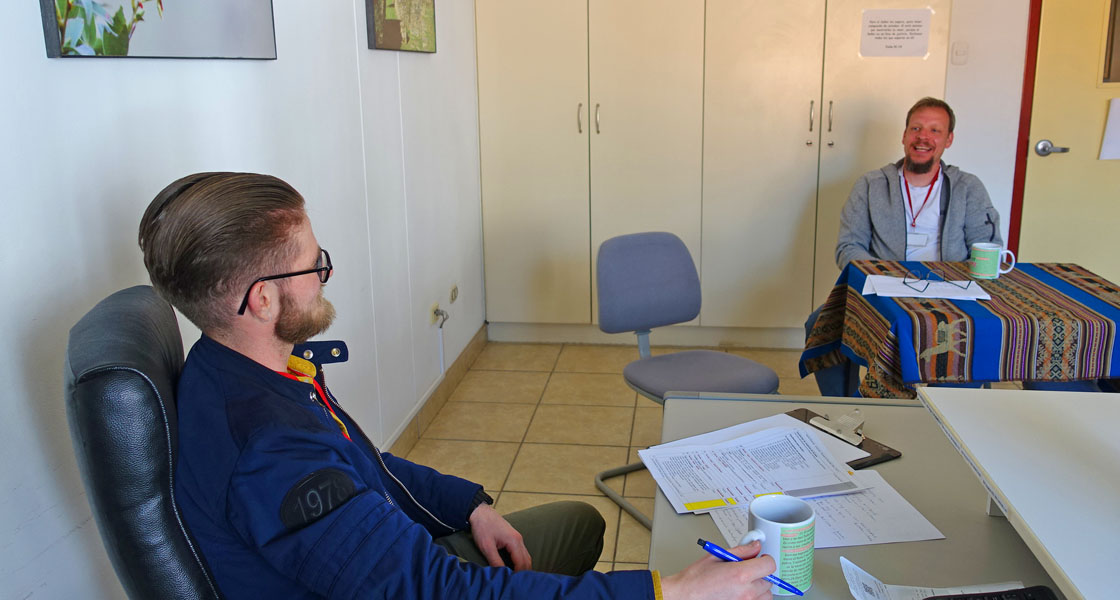 The old man with the beard

Strictly speaking, Louis Fischer is not that old yet. At the age of 25, he is much more full of energy and drive. He speaks five languages fluently and has studied in Germany and in Brazil. Back in 2016, he volunteered at Diospi Suyana for a year.

The story began in the middle of the night with a woman named Helene Fischer. She read the book “I have seen God.” At one point she slid to her knees at the edge of the bed and prayed to God to lead her son in the direction of Diospi Suyana. How interesting! The prayers and blessings of our parents can positively shape our path in life.

If you save a store with 275 employees from disaster at 25, you’ll be CEO of a corporation by the time you’re 40, and after that there’s no limit to your imagination.

Now we wish the North German stamina and the strength to cope with criticism. Because as an administrative manager, he’s going to get a lot of flack. This is in the nature of things and shapes the character.

Legend above: Louis Fischer’s first day on the job this morning. In conversation with Dr. Thomas Tielmann, deputy field director. The vascular surgeon also wears a beard in keeping with current fashion. /KDJ