The Situation of the Quechua Indians in the Peruvian Highlands

Since the conquest of Peru by Spain in the 16th century, the ancestors of the Incas (Quechuas) have been subject to increasing social discrimination so that in the region of Apurímac, for instance, over 80% of the Indians live in abject poverty. Medically, their social hardship is reflected in a high rate of infant mortality, malnutrition and reduced life expectancy. There are just four doctors per 10,000 inhabitants.

More than 30% of the Quechua in Apurímac are illiterate. The Pisa studies consistently place Peru at the bottom of the international comparison of educational standards. That of the Indian children is particularly inadequate, robbing them of their only chance of a better future.

Doctor Couple with a Clear Vision for the Indians of Peru

As young adults, Dr. Klaus-Dieter John and his wife, Dr. Martina John, already had a desire to use their medical training to ease the suffering in the Third World. His surgical training took him to the universities of Harvard, Yale, Johannesburg and Berlin. She, as a recipient of the university scholarship of the German People, crowned her achievements with both German and American Pediatric board certifications. As believers in Jesus Christ, they both sensed their responsibility to the poorest of the poor.

It was during a trip to Peru in 1991 that the Johns became personally acquainted with the realities of life for the Indian mountain population. They served from 1998-2003 as missionary doctors at the Vozandes del Oriente Hospital in Ecuador. As a first step to easing the misery of the Indians of Peru, they and a few like-minded friends founded the Diospi Suyana charity organization in August 2002. The name is from the Quechua language, meaning “We trust in God.” Olaf Böttger became the president of the association and has headed up business management since 2002 on a volunteer basis. Although he seldom appears on the Diospi Suyana website, he is very active behind the scenes.

In recognition of their work, the missionary doctors received an invitation to Bellevue Palace from Germany´s First Lady, Eva Luise Köhler on March 20, 2007. On  April 26, 2008 the President of Peru, Alan Garcia, welcomed them to the Presidential Palace in Lima. And lastly, the Peruvian Parliament awarded the Johns Peruvian citizenship honoris causa on April 22, 2010. Deutsche Welle TV aired a detailed report about Diospi Suyana in many languages in November 2013, which was broadcasted all over the world. On December 17, 2015 the Premier Minister Sr. Petro Cateriano Bellido honored the Johns with the Achievement Award of Peru.

The tens anniversary on August 31, 2017 was honored by the presence of the Peruvian President Pedro Pablo Kuczynski. In his address the President characterised Diospi Suyana as having “heart and expertise.”

On April 25, 2018 the Johns received the Order of Merit of the Federal Republic of Germany by the President Frank Walter Steinmeier.

Since 2004 the Johns have presented Diospi Suyana on more than 2,700 occasions in 24 countries on five continents. They share in churches, charity groups, universities, educational establishments and congresses. On October 13, 2013, Dr. John was asked to present the special lecture at the 4th World Congress of Pediatric Surgeons in Berlin. He concluded his presentation with the following remark:

“This evening, there are Hindus, Muslims and Christians, Agnostics and Atheists gathered in this congress centre. I  have the greatest respect for your beliefs and convictions. But if you were to ask me how I personally explain the astounding development of Diospi Suyana, I would tell you that I am sure that it was God. It was His work. It was the power of Jesus Christ!“ 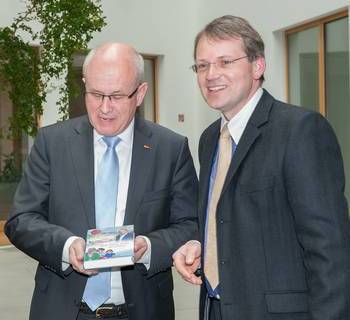 Olaf Böttger, the president of Diospi Suyana Germany, speaks with Volker Kauder a member of the German government (Berlin – May 28, 2013) 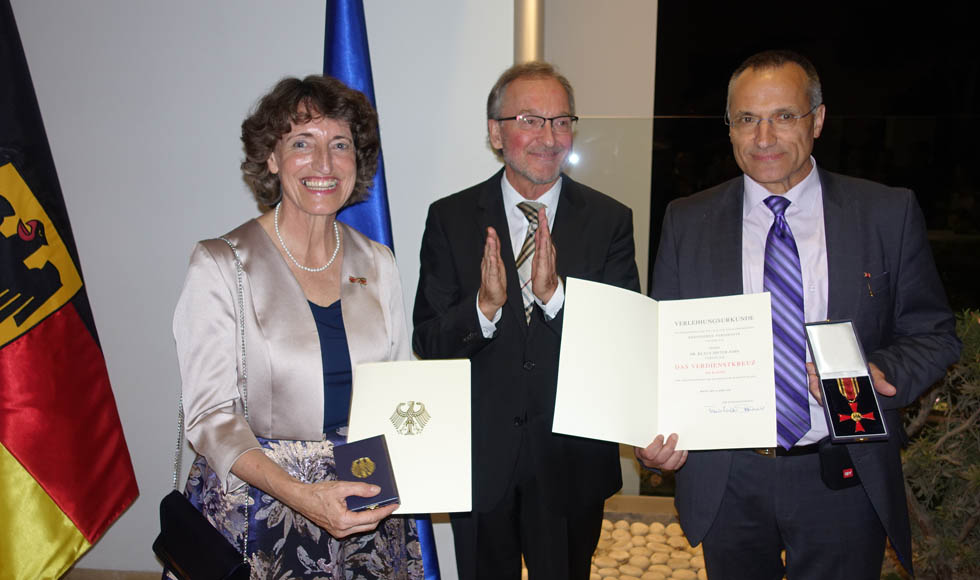 The ceremony took place in the residence of the German Ambassador Jörg Ranau.

Dr. John delivering the special lecture at the opening session of the 4th World Congress of Pediatric Surgery 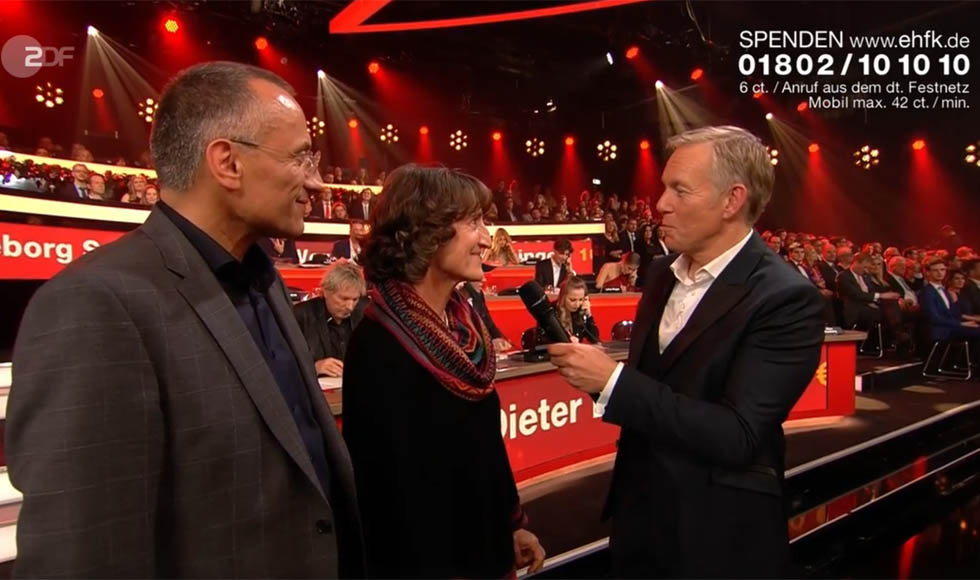 At the fundraising gala “Ein Herz für Kinder” on 7 December 2019 with Johannes B. Kerner