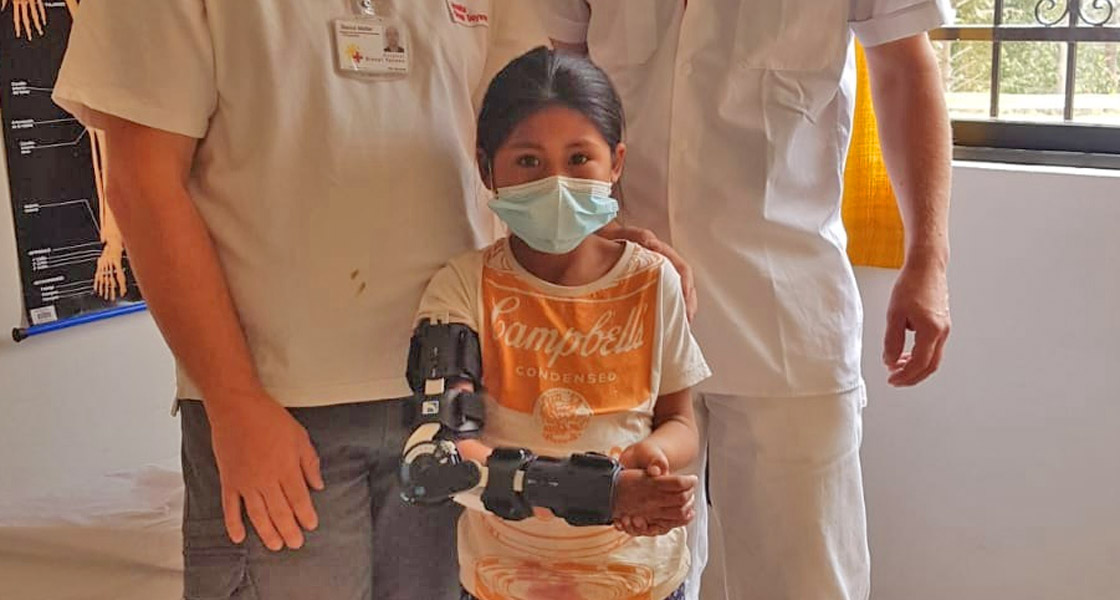 A difficult operation in order to save a right arm

In June the nine-year-old Mercedes fell onto her extended right arm.  The elbow swelled up and she could hardly bear the pain.  Her parents are simple Quechua-Indians who earn their living as farmers in the hills south of the city of Cusco.  They hoped that the swelling would subside, since they were afraid of a possible hospital bill.

A dislocated elbow, however, is no emergency.  But unfortunately eight long weeks passed.  Finally her father brought Mercedes to Cusco and sought help in two clinics.  The x-ray quickly gave the diagnosis, but the medical staff said that due to the pandemic one could not take care of something like that.  To be honest, a scandalous thing to say.

In August father and daughter appeared at the Hospital Diospi Suyana.  Dr Meiswinkel has been working as a traumatologist for fourteen years, but for the experienced bone-surgeon this tragically delayed treatment was a something he had not seen before.  Now every minute counted.  Since the capsule and the muscles were now scarred and shortened Dr Meiswinkel performed an open operation.  Two weeks rest in the plaster-cast followed.

Daniel Müller gave the young patient a special ROM-orthosis with which one can determine, and also increase, how much movement is possible.  The post-operation-treatment is hereby at least as important as the operation itself.  The hospital’s benevolent fund covered most of the treatment costs.  We rejoice with Mercedes that despite the unnecessary delay the operation result turned out so well. 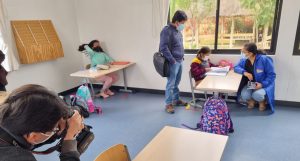 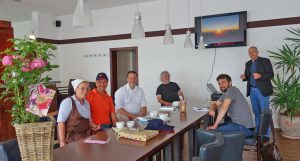 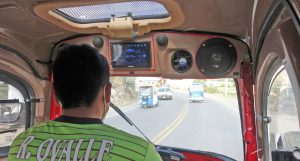 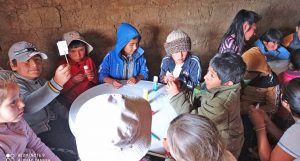 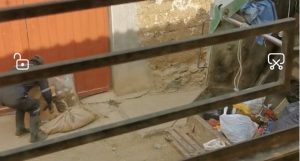 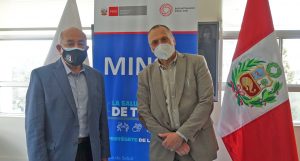