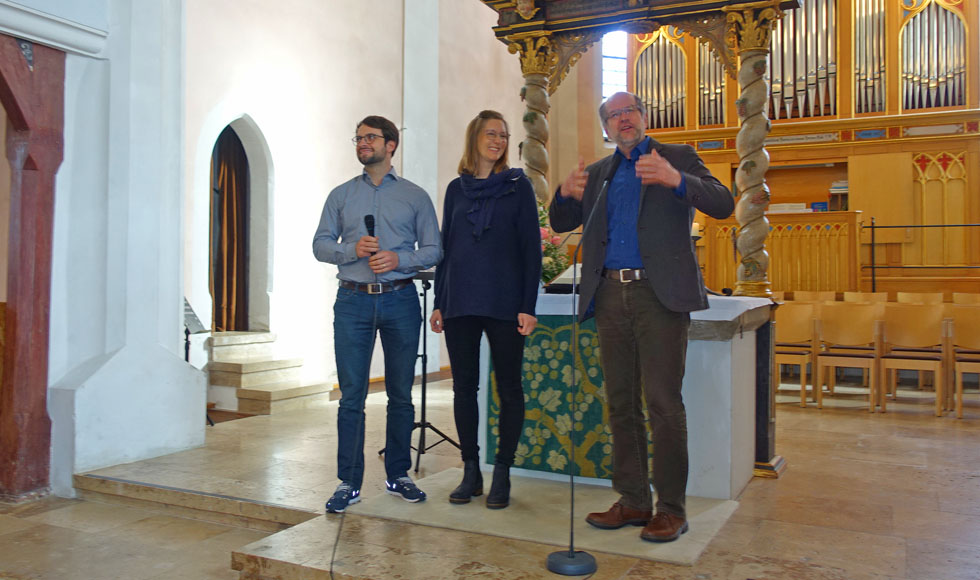 It is a real success story

The Sunday morning service in Laichingen is drawing to a close.  Once again Dr John has told Diospi Suyana’s story.  Roughly 300 people were sitting in the nave and on the gallery – an above average-attendance for a Protestant Church in secular Germany.  Probably, however, several of the congregation know or are related to Tobias and Marielene Lächele, a medical technician and a teacher respectively, who are moving to Peru this year.  A such a daring step, motivated by faith, drew people of all classes of society into the millennium-old house of God.

On a Sunday morning this church has a congregation of 150-200, often more.  The reason for this phenomenon is Pastor Gruhler.  This pastoral shepherd knows a secret that we want to reveal on our website today.

He believes that what he preaches.

Jesus Christ died on the cross and three days later his tomb was empty.  The carpenter’s son from Nazareth exists neither as a philosophical concept nor as a vague hope for an uncertain future.  No, the Saviour of the World is alive and acts today especially in the lives of his followers who trust in him.  In all parts of the Republic one can see similar things.  The churches where pastors take the old book at face value – sola scriptura – are full.  It is in these churches where people can find the living water that really can quench their thirst for life.

The evangelische Kirchengemeinde zu Laichingen supports and finances several missionary projects.  God pays for what he orders.  At any juncture God can provide funds; there is but one condition: that people exist who ask him from the bottom of their hearts. /KDJ