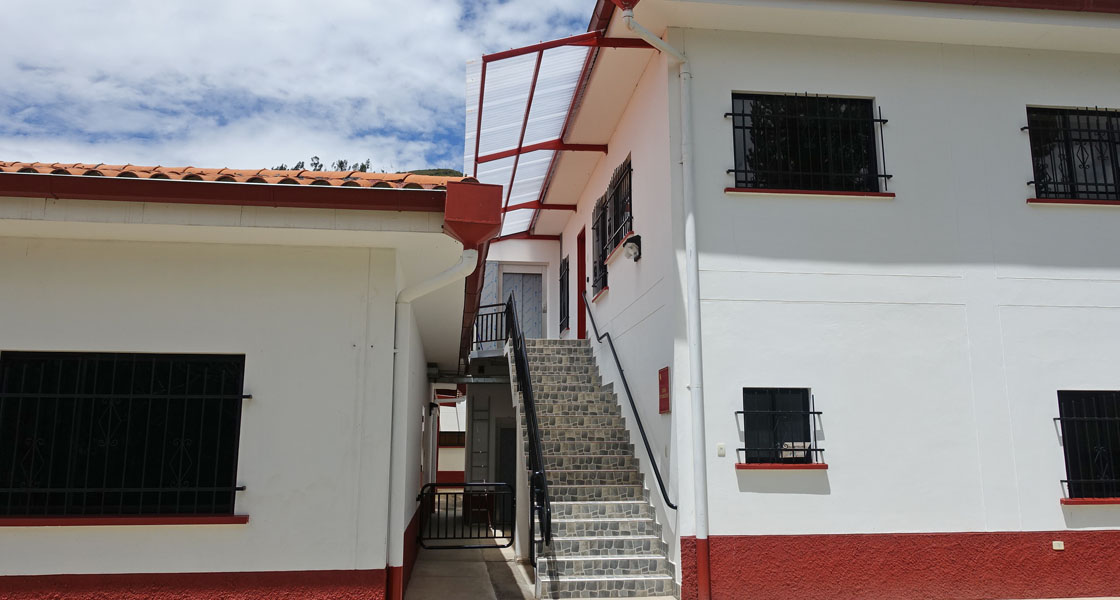 Simplifying life for all those who need it

Our ophthalmologists came up with the idea of building an outside lift for the eye-clinic.  In January 2019 Dr John visit Dr Petra Donner, board member of the GAT-Association.  On 27th February 2019 the missionary doctor was given the opportunity of presenting Diospi Suyana to GAT’s entire management board in Hünfeld.  Now it would seem that the lift has always been there.

A cordial “dankeschön” to all companies of the GAT-Association who helped make this project a reality.  At this juncture we would especially like to mention Jörg Wittig and Thomas Wieland; Furthermore, engineer Udo Klemenz who oversaw the shaft’s building works over many weeks and also Oebele de Haan and his team from the workshop department who took care of the manifold small details that cropped up during the installation.  Oebele played a leading role in making the platform and the roof above the stairwell.

Once the Corona-Crisis is over and the company “Ascensores y Servicios” from Arequipa has installed the electrical system the lift can embark on its maiden voyage.  We enter on the ground floor, drive heaven-wards, run down the stairs and enter the lift again.  We do this roughly 50 times like little boys in a shopping centre as an expression of joie de vivre and thankfulness.

A word from the world’s most well-known songbook

Unless the Lord builds the house, those who build it labour in vain. Unless the Lord watches over the city, the watchman stays awake in vain. It is in vain that you rise up early and go late to rest, eating the bread of anxious toil; for he gives to his beloved sleep.

God’s blessing was visible in this lift-project.