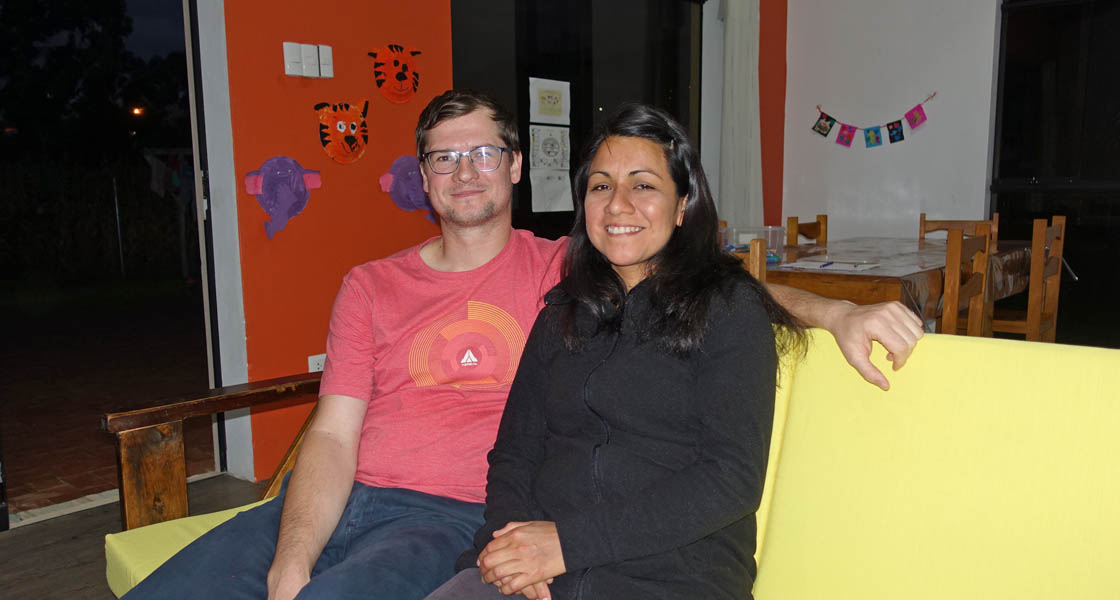 Or could one?  Marco Bierke’s moving story

Marco Bierke (35) is head chef in the kitchen of the Hospital Diospi Suyana and is married to the Peruvian Vannia with whom he has two gorgeous children Max (6) and Runa (4).  The fact that Marco actually works as a missionary is quite a story.

He was born in 1984 to an Upper Lusatian family living in Jonsdorf, Eastern Saxony.  At home one worked hard and drunk hard; at times one too many.  Faith in this GDR-family was simply not a topic.

At the age of 12 he was absolutely stoned for the first time.  When two years later his parents got divorced he saw that his freedom had truly come: he could not give two hoots about school and hated to subordinate himself to anyone.  His grades developed as one would expect and so he had to leave the Gymnasium (the top-flight high schools in Germany).  It was copy-paste at the Realschule (the second-flight high schools in Germany): instead of developing his interest in learning he hung about with his mates and increased his alcohol consumption.

His Dad’s company seconded him to Munich and so Bavaria became “his new home”.  However, at home he constantly battled with his stepmother.  Where did he belong to?  Marco got more and more into the right-wing scene: brawls, criminal damages and larcenies dominated his day to day life.  And, he needed money: acquisitive crime is the technical term.  He did not even hesitate to steal from his own family, he had no qualms and not an even an inkling of a bad conscience.

With 16 he started his apprenticeship as a cook in Ihringen, near Freiburg.  But within two weeks his landlord threw him out.  The reason: alcohol consumption and bad behaviour.

A 90-year-old lady provided him with lodging, but even this tenancy ended quickly.  What had happened: Marco had fallen asleep and what he was baking in the oven caught fire.  The whole house was filled with smoke and the landlady was afraid that he would burn down her house.  Due to alcohol and hashish he also had to leave the boarding house of the vocational college he had subsequently moved into.

So, it was time to move on and Marco discontinued his apprenticeship.

A brief stint at his Dad’s place followed after which he moved back to his Mum’s place and started his second apprenticeship as a cook.  But things had not changed: alcohol, hashish and unsocial behaviour.  One could see the end coming a second time: Marco bowed out once again.

In 2003 he applied to the German Army and was made part of the mountain infantry unit in Schleeberg.  But just before he would have been made a lance corporal he was chucked out of the army barracks.  What had he done: smoked joints.

So he returned to Jonsdorf.  He seldomly appeared at the various support programmes offered by the employment office, but his main focus was drugs: alcohol, hashish, cocaine and ecstasy; Crystal Meth was the best of the lot.  After his first dose he was completely addicted.

In 2005 he was given a placement at the Penny supermarket in Olbersdorf.  After a day at work in August he headed to a mate to smoke a joint with him.  But then something unexpected happened in the bus on the way home.

He heard voices in his mind, a battle between good and evil: “Go to the doctor,” said the one voice; “Don’t be so stupid,” answered the other.  “With your lifestyle you urgently need an Aids-test!”; “Just forget that xxxx, stay cool boy!”.  Marco listened to this dialogue as though he were an outside spectator.  He had never experienced something like this and he knew that at this precise moment he had a clear head.

Back home in his room he has an encounter that totally changes his life’s direction.

God speaks to him as it were out of a thundercloud.

Up until this moment God had played no part whatsoever in his life.  He probably did not exist anyway and he had not wasted one thought about him up there.  But suddenly The Almighty speaks to him, clearly and unmistakeably.  Marco cannot avoid his counterpart.  He feels that the entire universe with all its power is standing right in front of him.  He feels incredibly tiny.  A feeling of reverence takes over his heart.

“Go to your Granny and tell her that from now on you believe in God!”.  This command makes sense since Marco’s Granny is a devout Christian who has been praying for her grandson for years.  But he hesitates.

Then God gives him a choice between life and death: “Either you go to Granny right now and tell her that you believe in God – then you will live – or you lie down in bed, will go to sleep and never wake up – then you will die!”

Marco had never encountered such an authority with which God speaks.

“But Granny won’t believe me!”.

Marco obeys and climbs the stairs to the top storey.

“God told me to tell you that I believe in God!”

These words from the Old Testament that he had heard for the first time five minutes ago, do not belong to Marco’s vocabulary.  His Granny suspects what is going on

She formulates a prayer for Marco to repeat.  He does repeat it, word for word.  It is about forgiveness and giving one’s life to God, about following Christ and obedience.

When Marco wakes up the next morning he is filled with joy, so much so that he bubbles over.  He feels God’s presence and knows that he is loved and accepted.

That was 15 years ago.  It was a long journey for Marco out of the drug-scene and away from his criminal circle of friends.  Getting up and falling down, good intentions and then temporary failure.  But the course had been clearly set.  And on the way of following Jesus he now had an important orientation point: his conscience.  Formerly he knew neither a bad nor a good one.  But now having experienced God his conscience often spoke to and helped him make the correct decisions more and more often.

(S)He who sits opposite this sympathetic man would hardly believe he has such a story.  Faithfully and conscientiously Marco prepares the meals for the hospital staff.  He dotes on his children and together with his wife he is going the way that God has prepared for them.

From a criminal to a missionary, from a drug addict to a free person.  God made this transformation possible when he said: “Go upstairs to your Granny and you will live!” 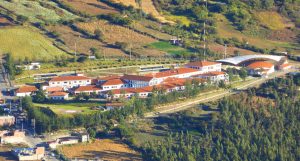