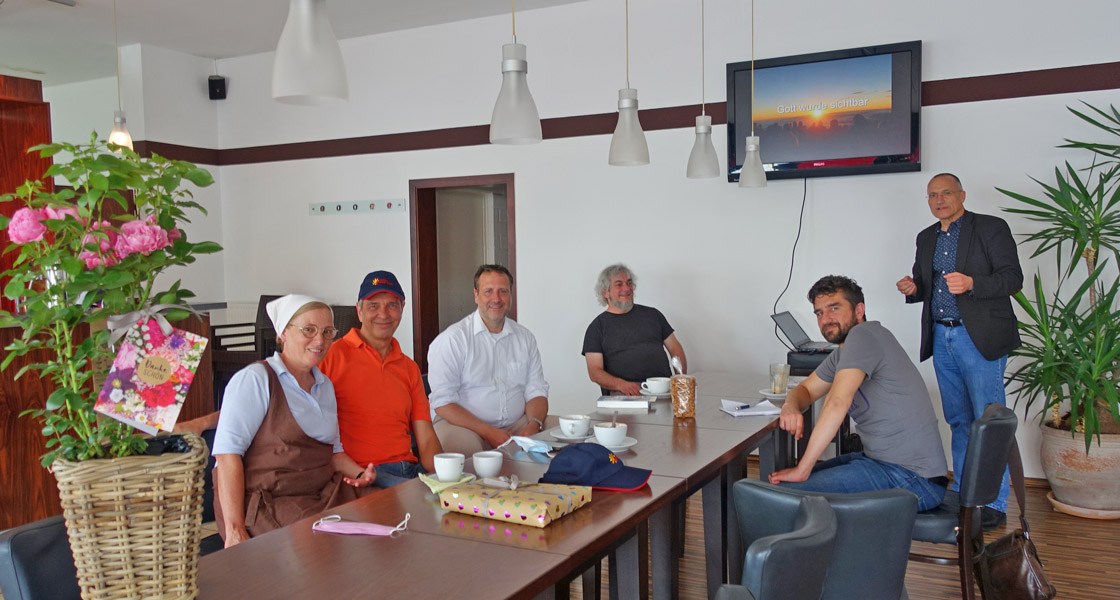 On 28th June 2021 head-baker Klaus Brand (centre) heard what really went on in his bakery after opening hours.  Journalist Torben Müller from Rhineland Palatinate wrote down as much as he could whilst Dr John was telling Diospi Suyana’s story including the historic contribution made by the Fleck Family.  Since 2008 Christine Fleck (far left) has made basketfuls of muesli: she has sold more than 25,000 bags of granola and thus raised an amount of more than €0.1mio for Diospi Suyana.  Her husband Dr Horst Fleck turned out to be the helper’s helper in that he has sponsored all the ingredients, valued at €40,000.  Kirchheimbolanden‘s mayor Dr Marc Muchow (third from the left) was seriously impressed.  The experienced politician had probably never come across something so unique before.

Reporter Müller wrote a wonderful article.  Sometime in July he placed it in the Rheinpfalz’ small regional section.  A few thousand readers were delighted to learn about the massive humanitarian efforts performed by the Flecks, which the couple explains with their Christian faith.  After that one reader made a large donation in kind, helping to finance the second emergency generator for the Hospital Diospi Suyana.

But then things picked up even more.  A lady who works for another South German newspaper published a modified version of Müller’s article.  The Rhein-Neckar-Zeitung followed suit and on Tuesday morning it appeared in the first section of the Mannheimer Morgen.  According to official sales-and-readers statistics more than 0.3mio people in Germany have now read the following two messages:

On 5th June 2014 missionary doctors John and deputy director Dr Jens Haßfeld shared Diospi Suyana’s vision with the then Peruvian President Ollanta Humala and his wife Nadin.  In closing Dr John said: “Mr President, we are firmly convinced that Jesus Christ is the true architect of our hospital!”  The same thing can be applied to the lives of Christine and Horst Fleck. /KDJ 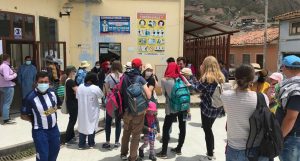