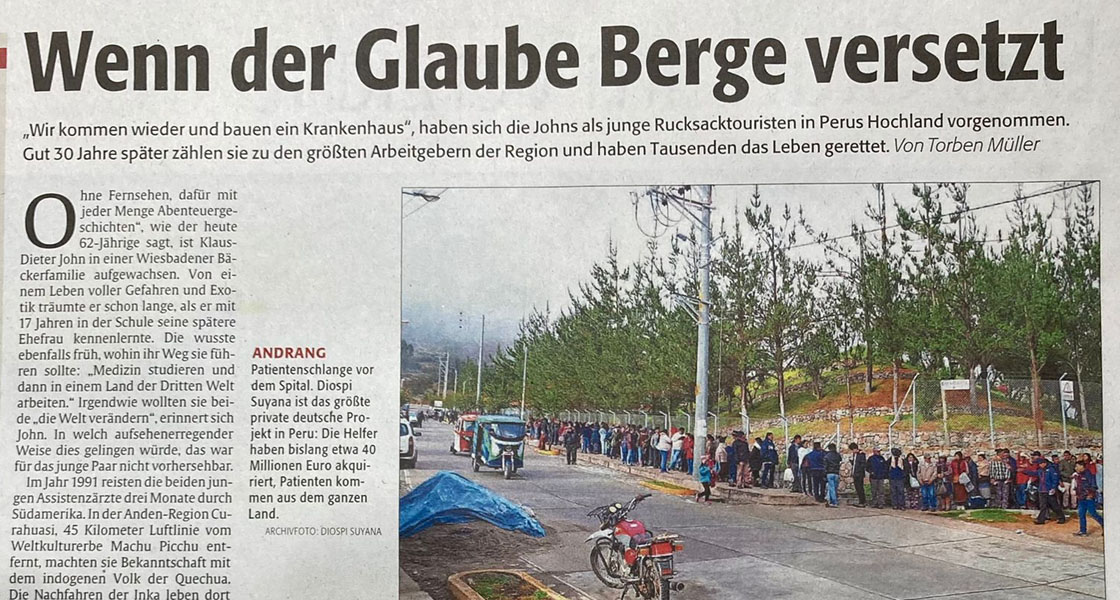 According to Wikipedia, the Rheinpfalz has 560,000 readers. This makes the Ludwigshafen-based press organ one of the highest-circulation newspapers in the country. This weekend, the Rheinpfalz newspaper devotes almost one page to a mission hospital in Peru. It is described as the largest private project in Peru founded and run by Germans.

Journalist Torben Müller writes: “Faith is one, if not the strongest driving force for the Johns, who became involved in Christian youth work as young people, and later in the peace movement. Diospi Suyana means something like “We trust in God,” and Klaus John is convinced that he can do the same.” The colorful blossoms that faith can produce can be seen in the contribution of Christine Fleck from Kirchheimbolanden. For 13 years, she has supported the work of the hospital with €110,000 through her private granola production.