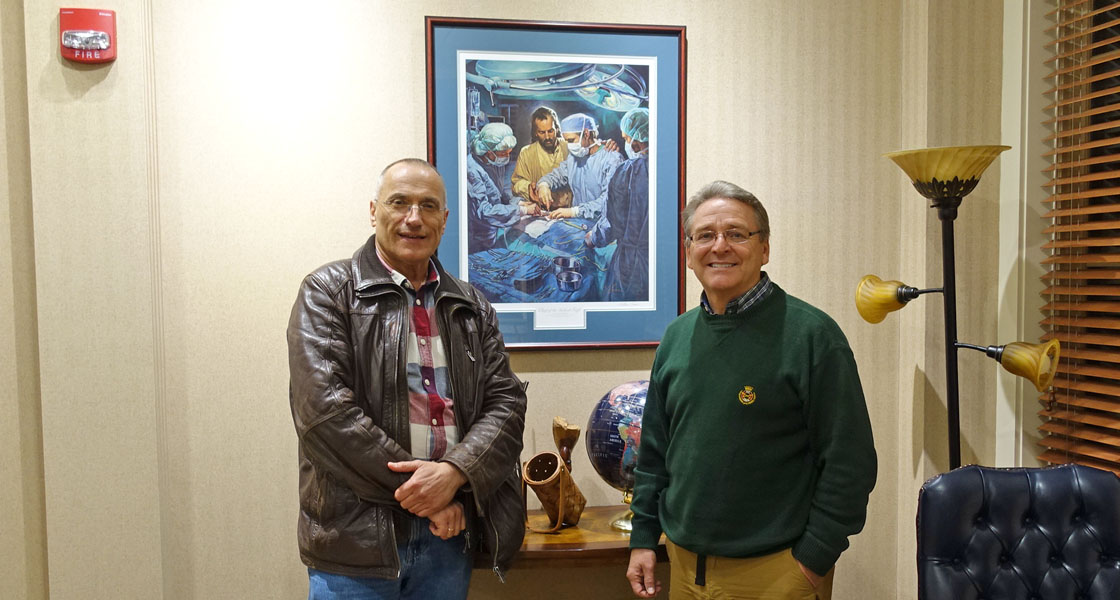 On Monday afternoon, Dr. Mike Chupp, CEO of the Christian Medical & Dental Association, hosted Dr. John in Bristol, TN. The two-hour conversation focused on the possible recruitment of more missionary doctors from the United States. Several promising ideas are to be implemented in the coming months. That night, the German-Peruvian drove south toward Florida.

On Tuesday, Dr. John gave the Benge couple an update on the past decade in Orlando. In 2013, Seattle-based YWAM Publishing published a book about Klaus and Martina John aimed primarily at a youth readership. In the next edition, authors Benge will include the latest developments at Diospi Suyana at the end of the book. Janet and Geoff Benge are from New Zealand. Her books about personalities in mission history have been read millions of times in many languages.

Today, Wednesday, the director of Diospi Suyana Hospital will address a Rotary club in Atlanta.