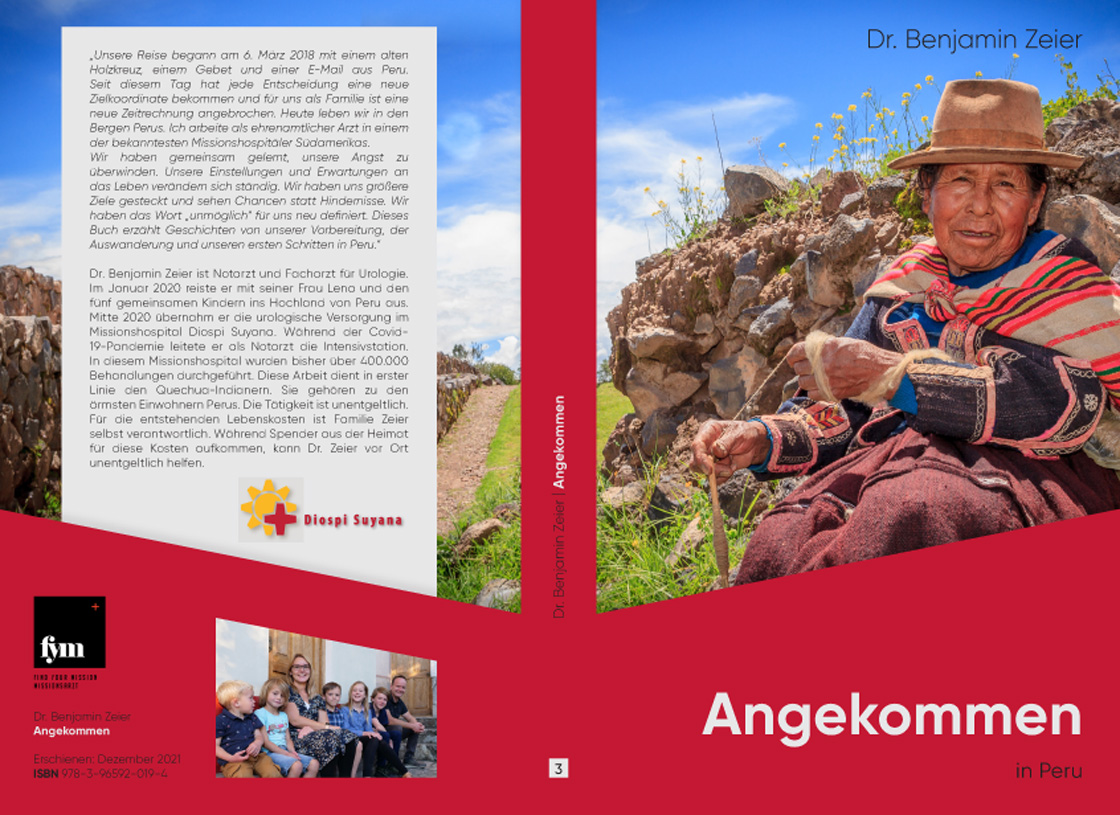 A urologist leaves his job in a group-practise and no longer works as an emergency doctor.  He and his wife sell their house in Mosbach and fly with their five children to South America.  Their goal: a missionary hospital in the Peruvian mountains.  Perhaps one in 100,000 would risk something “this crazy”.

In his book “Arrived in Peru” the missionary doctor describes the huge hurdles that he and his family had to overcome upon arrival in the New World.  But he also narrates several experiences that believing Christians would describe as wonders, atheists as highly unlikely coincidences.

As a small aside, Dr Martina John wrote the introduction.

Here an extract: “… I asked, if it were okay, if we also could also alight the bus to have our lunch. “Of course, no problem.  No one cares two hoots about it up here,” replied the driver.  So we took out our picnic hamper, put on our masks and walked a few metres down the slope.  We were just about to tuck in when the first policeman was on the bridge and waved at us to come to him.  We should leave the site immediately.  We hastily packed everything together and headed back to the bus.  In the meantime ten policemen had surrounded it and were questioning the driver.  A mob of outraged citizens screamed and shouted at us.  Women filmed us with their mobile cameras in order to have film-evidence of the evil-doers.  What was going on?”.

To order your personal copy please contact Karin Straßheim:  karin.strassheim@diospi-suyana.org · Tel: +49 6447-886-498. The book has no RRP, instead we ask for a donation. 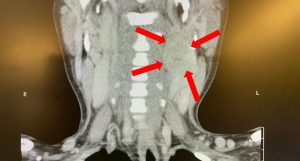 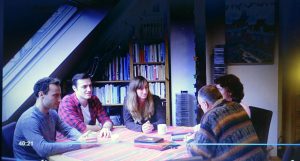 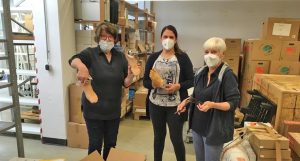