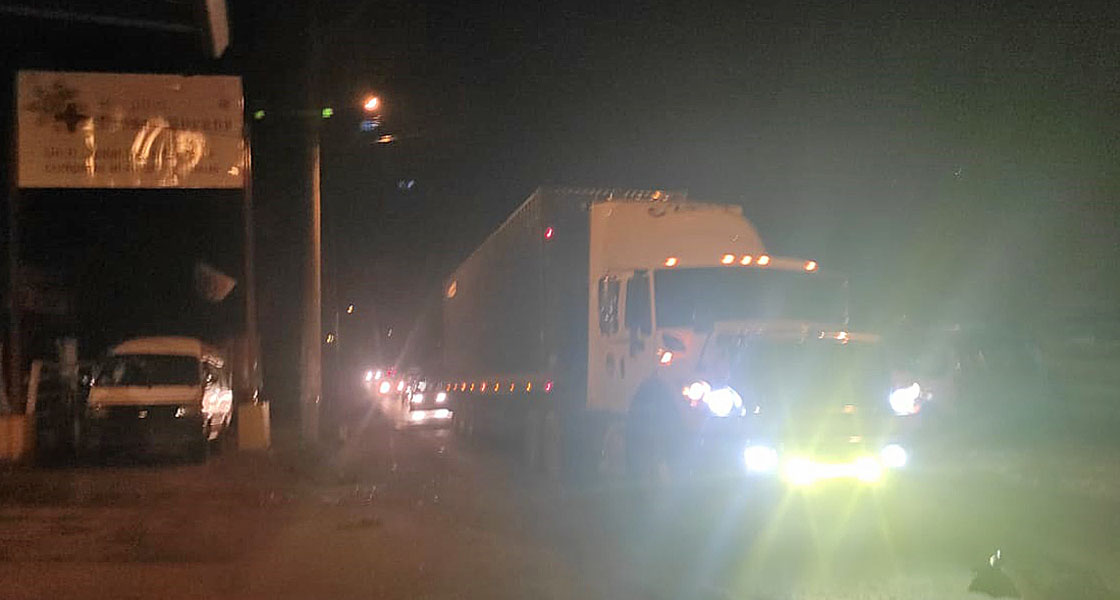 Just in time before the thunderstorm

Not many pieces of school furniture can claim to have crossed an ocean and then been transported across the Andes on a semi truck.A few minutes ago, a semi truck brought our 77th container of new furniture for our school to Curahuasi. The quality goods come from A2S Furnishing Systems in Stockheim. Political unrest, landslides and cloudbursts: nothing could stop the driver of the truck.

With these tables and chairs, full two-room capacity is possible at Colegio Diospi Suyana. From the first year in kindergarten to the graduating class of the upper school, two class groups can be formed in each case. However, Director Matthias Rehder says it would end up missing four rooms. Since he studied mathematics, his calculation will probably be correct. But where can we put another building on the school campus? Time will tell.