One could call it “the same procedure as every year”: the Christmas party for all the staff of the Hospital Diospi Suyana.  It has become a tradition that the director gives his end-of-the-year review and thanks all staff. Musical contributions come next, followed by a delicious dinner and a gift bag for each member of staff.  The number of people in the auditorium grows yearly.  Tables were set for 224 people – this number should exhaust the room’s capacity.  The Colegio had their Christmas Party at the same time.  But this year was a memorable celebration for everyone.  Why? Because of head chef Michael.

The popular chef has headed the hospital’s kitchen for several years.  Everyone knows and likes the affable colleague.  It was his own wish to address us and as he went up to the microphone we waited with bated breath for what he was going say.  None of us wanted to miss even one of his words.  Michael told us about his two lives: the one without, the other with God.

“I had made a right old mess of my life,” he says dryly.  “I was a hero of the wine bottle and liked to enjoy myself.  But I was not there for my wife and children.”  He continued describing his life – a life that is lived by so many in South America.  “But then I became a Christian and this turned my life upside down!”

In doing so Michael is sharing his own Christmas Story.  God became flesh, because he loves us.  Change is possible.  We must not keep on being the same person.  Christmas has more to it than candles, pudding and presents.  The power of the crucified and risen child in the manger is real.

The kitchen chef is about to embark on his theological training.  He burns with a fire of thankfulness towards God.  We wish him God’s richest blessings for the new stage of his life. /KDJ 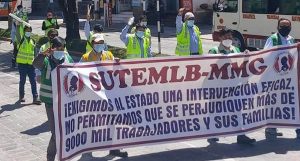 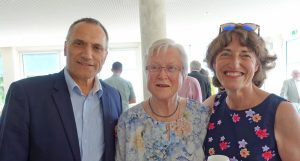 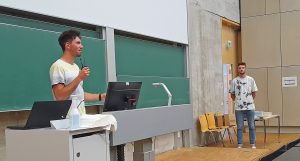